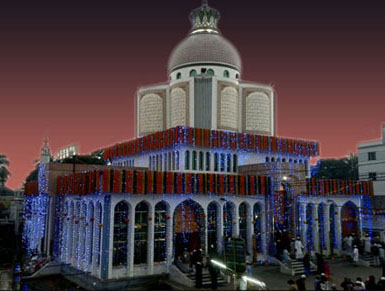 Humanitarian consciousness is one of the fundamental teachings of Islam. According to the Medinah charter “Article 1: This is a document from Muhammad the Prophet (may Allah bless him and grant him peace), governing relations between the Believers and Muslims of Quraysh and Yathrib and those who followed them and worked hard with them.They form one nation – Ummah.”, Islam brings the whole humanity irrespective of caste creeds colour, religion and gender under one greater Ummah. Islam addresses the need of spiritual development, moral ethical development and material development with equal emphasis.

Gausul Azam Shah Sufi Maulana Syed Ahmedullah Maizbhandari, a true inheritor of prophet (peace be upon him), the founder of Maizbhandari Tariqah used to uphold, nourish, relish and propagate this Quranic ideology throughout his life. The only Tariqah of Islam originated in the soil of Bangladesh and the present glory of Maizbhandari tariqah as the centre of Islamic learning is to be attributed to this great soul. It is needless to say that this tariqah has become the torch bearer and the perpetual model of Islamic learning of Tasawwuf-Sufism and Marifat. Humanism functions as a fundamental source of inspiration in Miazbhandari Philosophy. Hazrat Shah Syed Ahmed Ullah ignited the candle of religious tolerance and communal harmony from Maizbhandar which is still illuminating the world with it’s spiritual Aura. This everlasting stream of knowledge is always there to guide and distribute the eternal knowledge of bliss.

Shahanshah Syed Ziaul Huq Maizbhandari was one of the polestar of this tariqah. In order to disseminate and propagate the Maizbhandari Philosophy to the future generation Shahanshah Hazrat Syed Ziaul Huq Maizbhandari Trust was founded in June 2011. Adhering to the directives of the Holy Quran and Hadith, the Trust envisages to follow the same ideology as have been practised by the Great saints of this Tariqah. In pursuance to that the Trust is determined to eradicate corruption, social deprivation, exploitation and conflict from the society. The Trust is dedicated to implement the fundamental teachings of the doctrine of universal brotherhood and the true love to help the poor, destitute, downtrodden and the under privileged. From the very inception of this Trust it has undertaken different projects to establish social justice and social welfare activities for the salvation of mankind in this world and hereafter through the process of self purification and self development. Sufism is the essence of Islam. It believes that all prophetic missions of all prophets were for peace; for the world here and the world hereafter. It is concerned with the betterment of the human body, mind and Soul so as to create angel-like people. Sufism believes in the universal equality, fraternity and brotherhood and it is an effective tool to promote sainthood and thereby to resolve inter-faith conflict and ethnic problems. Needless to say, most of the events in the present-day world related to terrorism, violence and inter-faith conflict are due to the deviation of the people from the true path of Sufism and Sainthood that lead to divinity and nearness to Allah (SWT).Sufism is the only means to unite global people on the basis of Tawhid to establish everlasting peace and religious harmony in the present day world. It emphasizes upon purification of soul and rejection of greed and lust that promote materialism. Materialism is concerned with the outward fashion of the body which emphasizes upon acquisition, individualism, selfishness and many other material pursuits. It does not hesitate to use religion as a weapon for realizing selfish ends. 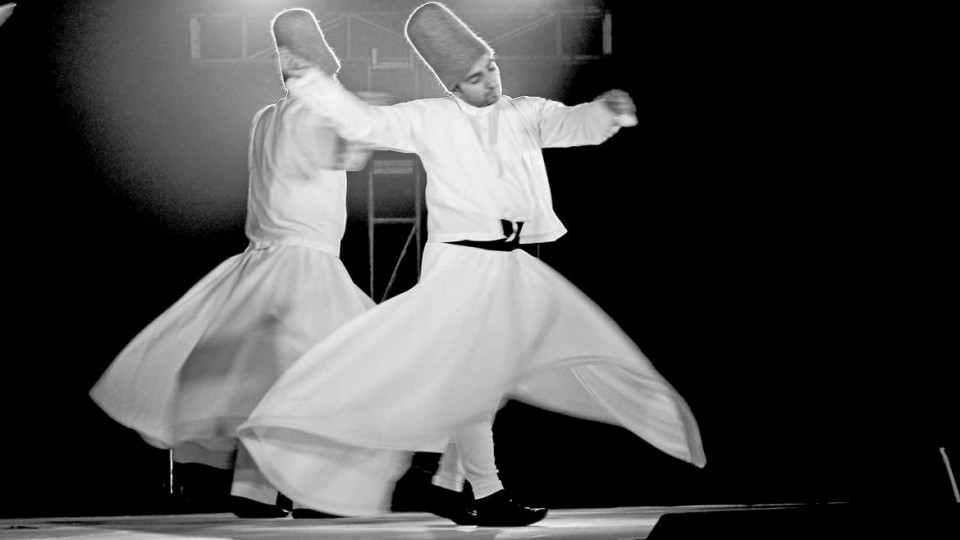 If we look at the struggle between the Persians and the people of the Semitic race, the conquest of Middle East by the Turks, the struggle between Persians and the Arabs during the 13th century and the recent struggles in Afghanistan, Bosnia, Iraq, Libya, and in many other countries of the Middle East and the political unrest in the most of the developing countries like ours, we find that the root cause behind all these is for power, occupation of territory, business and commerce. The conflict between different religious groups and the creation of divisions and fractions among the people of different religions in Indo-Pak Sub Continent during the British period and at present are also for realizing political gains and economic dominance. So, it is evident that the root Cause of violence and religious disharmony is the lust for power, political and economic gains and other material pursuits. It is Sufism which can resolve inter-faith conflict, ethnic problems and minimize lust for material pursuits so as to ensure global peace under the Canopy of equality, fraternity and universal brotherhood.

However, the problem is that Sufism in the contemporary World is not interpreted in its true perspective. It is presented in a limited and narrow perspective by the so-called intellectuals who are bribed by the corrupt vested quarters to realize their own selfish ends. As a result, Wrong notion about Sufism developed in the minds of the people. Sometimes the concept of Sufism is also misused and misapplied. Therefore, if we are imbued with the true spirit of Sufism and love for humanity we can transform ourselves with purified Soul and Takwa (fear of God) free from greed and lust for undue and never ending race for material gains and domination. In Such a situation, Sufism can provide a strong basis for solution of all the problems like violence, racial conflict, genocide, atrocities, exploitation, discrimination, communalism etc. since Sufism emphasizes upon development of both the body and the Soul, concepts of love, humanity, peace, moral and ethical values, equality, fraternity and brotherhood. Only sufism can ensure everlasting peace in human life by combining the Western wisdom and oriental spiritualism, The ordinary psychology, philosophy, ethics or Science could not explore the basic mystery of the Creator, soul and the World. It is only sufism which can explore this mystery. Viewed from these perspectives, we have chosen “Sufism, Sainthood, Ethnicity and Inter-Faith Conflict Resolution” as the Central theme of the Fourth International Sufi Conference, 2014. In this connection like to mention here that Hazrat Gausul Azam Moulana Shah Sufi Syed Ahmad Ullah Maizbhandari (K) introduced a new era of Sufism (the era of Belayet-e-Mutlaka-e-Ahmadi or the era of unchained divine love) based on Maizbhandari Philosophy / Tariqa which emphasizes upon the open access to the ocean of divine love to mankind irrespective of caste, creed, race and religion believing in Tawhid and obtaining purification of Soul and mind as well as total emancipation of mankind both in the world here and hereafter through the exercise of Seven Methods of Self-Purification and Moral Control (Usul-e-Sab’a). The ever dynamic Maizbhandari Philosophy / Tariqa has added a new dimension to the trend of Sufism and human civilization in the Indo-Pak Sub-continent in particular and the World in general which can help build up religious harmony by resolving ethnic problems and inter-faith conflict and thereby a world of peace free from terrorism, extreme materialism and exploitation. We are sorry to say that during the time of Prophet (SAW) Tasawwuf was a reality without a name. But today Tasawwuf has become a name and very few know about its reality.